You are cordially invited by the Ping & Amy Chao Family Foundation and Transparent Fish Fund as honored guests at the Second Annual Supporters Appreciation Dinner. Our keynote speaker is the leading expert on Hepatitis B, Dr. Samuel So, M.D., FACS.

Saturday, August 29, 2015, 6:00pm
Palo Alto Hills Golf and Country Club
3000 Alexis Dr, Palo Alto, CA 94304
event full
You are cordially invited by the Ping & Amy Chao Family Foundation and Transparent Fish Fund as honored guests at the Second Annual Supporters Appreciation Dinner. To show our gratitude towards key supporters like you, we are inviting you to join us for dinner and to hear highlights from our most successful programs. Our keynote speaker is Dr. Samuel So, who is the leading expert on hepatitis B in the nation helping vaccinate thousands of people in Qinghai. We will also reveal this year’s grant recipients, who will be sharing updates from the field. Please join us and other select volunteers, supporters, and donors, as we appreciate you for giving back your time and resources to China and East Asia.

Hosts
Ping & Amy Chao Family Foundation was founded in Silicon Valley by high technology entrepreneur Ping Chao and his wife Amy in 2005. The foundation's missions are to improve the health and wellbeing of children in disadvantaged regions worldwide, and promote a spirit of philanthropy and awareness of nonprofit and service opportunities among Asian Americans as well as the younger generation in East Asia. The foundation accomplishes these goals through implementing its own programs, as well as through grants to organizations with similar mission. During 2007-2008 in cooperation with Dr. Samuel So’s Asian Liver Center, the Chao Foundation sponsored free catch-up vaccinations to 500,000 children in 331 schools throughout Qinghai province. Since 2008, the Chao Foundation has sponsored over 1000 congenital heart surgeries for poor rural children in Gansu province.

Transparent Fish Fund strives to alleviate poverty in Asia. We handpick trustworthy and transparent projects to track and ensure that 100% of your donation arrives in the right hands. We help over 300 credible nonprofits in East Asia through capacity building, financial, and project accountability. We help these small local NGOs grow, thrive and most importantly, achieve transparency.

Keynote Speaker
Dr. Samuel So, M.D., FACS
Dr. Samuel So is the nation’s leading expert on Hepatitis B. He is the Director of the Asian Liver Center and Liver Cancer Program at Stanford University. In 2007-2008, the Chao Foundation sponsored Dr. So’s "Nationwide Hepatitis B Catch-up Vaccination Among Children and Adolescents in China" to vaccinate 500,000 children in 331 schools with the entire hepatitis B immunization series. The Asian Liver Center catch-up vaccination initiatives that started since 2004 has vaccinated about 1 million children in China.

Strategic Partners
Our strategic partner leaders will share updates from the field.
Ms. Arlene Samen, Founder of One Heart World Wide
"Saving the Lives of Mothers and Newborns in Remote Areas of Nepal and Tibet"
Mr. Tad Kincaid, Director of Orphan Impact
"Preparing Orphans for the Job Market through Computer Training in Vietnam"
Dr. Chung Truong, Director of Sahaya Vietnam
"Building a Home for $1000 in Rural Vietnam" 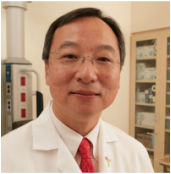 Dr. Samuel So, M.D., FACS,, 蘇啟深, Director of the Asian Liver Center at Stanford University
"Nationwide Hepatitis B Catch-up Vaccination Among Children and Adolescents in China"

During his practice in the San Francisco Bay Area, Dr. Samuel So found that many of his Asian American patients were dying from liver cancer. He discovered that 80% of these patients had hepatitis B, which can cause liver cancer and cirrhosis. The rate of hepatitis B in foreign-born Asians is 1 in 10, compared with 1 in 1000 among whites. One in 4 of these infected people will die. Liver cancer rates are 9 times higher in Vietnamese Americans, 4 times higher in Korean Americans, and 4 times higher in Chinese Americans than white Americans. Although it is now routine in the US to immunize newborns against the disease, there is little similar effort paid to adult mothers who carry the disease and pass it on to their children. In foreign countries where immunizations aren’t available due to cost or lack of awareness the situation is even worse. In 1996, angered by the existence of a vaccine but no public education about hepatitis B, Dr. So formed the nonprofit Asian Liver Center at Stanford University for outreach and education, advocacy, and research into the disease. In 2001, the Asian Liver Center launched the Jade Ribbon Campaign in the San Francisco Bay Area to spread awareness about hepatitis B and liver cancer in the Asian community. Since then, the Jade Ribbon Campaign has spread across the country and the world. For combating and educating the public about a truly terrifying disease that oftentimes strikes otherwise healthy people in their mid-30s, Dr. Sam So has been a tireless hero.

In 2007-2008, the Chao Foundation sponsored the Asian Liver Center Qinghai Project, and with support from student interns and local governments in Qinghai Province in China, Dr. So vaccinated 500,000 children in 331 schools with the entire hepatitis B immunization series. The Asian Liver Center catch-up vaccination initiatives that started since 2004 has vaccinated about 1 million children in China. 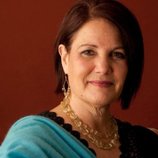 Ms. Arlene Samen, Founder of One Heart World Wide
"Saving the Lives of Mothers and Newborns in Remote Areas of Nepal and Tibet"

Arlene Samen, has been a Nurse Practitioner in Maternal Fetal Medicine for over 33 years. In 2004, she left behind her clinical practice at the University of Utah School of Medicine to dedicate her life to serving pregnant women living int he most vulnerable conditions int he most remote places of the world. In her travels she learned about the plight of pregnant women and newborns in Tibet, where one out of ten newborn babies died due to preventable causes. She organized a fact-finding mission to understand the local traditions, religious and cultural beliefs of women giving birth.

Arlene spent over ten years in Tibet working and living side by side with the local government to bring a safe motherhood project to women who were poor, uneducated, and living in the most remote areas on the roof of the world. She brought the “Network of Safety” model to women who face death in order to give life. In 2009, One Heart World-Wide brought its life saving model to remote villages in Nepal, the Copper Canyon in Mexico, and deep into the amazon jungle in Ecuador where few dared to go. To date over 60,000 women have been touched by the “Network of Safety”.

She has endured political uprisings, being held at gunpoint, the SARS epidemic, and earthquakes to make sure women had a safe clean delivery. No matter what the challenges she faced, she followed the Dalai Lama’s advise to never give up. Arlene has received many awards, including Unsung Heroes for Acts of Compassion in 2001, the Soroptpmist Women Making a Difference Award, CNN Hero, and the Stevie Awards “Women helping Women.” She has been a presenter at TEDxSF, BIF10, and Catalyst Creativ amongst being a guest lecturer at Standford and UCSF. 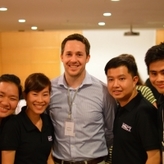 In 2008, Tad started Orphan Impact as a way to help Vietnamese orphan children learn critical computer and internet skills to be better prepared for their futures beyond the orphanage. Tad, who has 3 sisters who were adopted from Vietnam, has a great love for Vietnam—especially for the orphan children. As described in USA Today, “Tad Kincaid is an American lawyer who runs an amazing organization in Vietnam called Orphan Impact. As in many third-world countries, the future for an orphan in Vietnam is usually not too bright as most are not adopted and have to fend for themselves once they are old enough to leave the orphanage. Lacking work skills, many Vietnamese orphans are destined to a life of poverty.” That is the problem Orphan Impact is changing. And they do so by using some forward-thinking entrepreneurial ideas. Specifically, Orphan Impact takes teachers and computers to the orphanages, giving the kids computer skills so that they have the ability to get a job and earn a living once they grow up. "We have created an environment within the orphanage where we are inspiring an interest in learning and motivating the children to take proactive steps in preparing for their futures," says Kincaid. "We believe it is crucial for the children to develop 21st century skills as they prepare for their lives outside the orphanage."

Dr. Truong graduated from the University of California, Davis in 2001 with a degree of biological sciences and also graduated from the University of the Pacific in 2006 with a degree of Doctor of Dental Surgery. Throughout these years, he has seen the tremendous development of Sahaya International. He has become very inspired by the many lives that Sahaya has helped while being a volunteer at UC Davis. He has connected with trustworthy contacts in Vietnam through his monastery and has built over 50 homes. In the province of Kien Giang, located in the Mekong Delta region of southern Vietnam, rural families live in uninhabitable conditions. The infrastructure of their homes is very weak. The roofs are comprised of leaves and plastic tarp that provide minimal protection from the tropical climate. As the rain leaks through, the undeveloped dwelling floors turn into mud. This results in an ongoing cycle of poverty. In 2014, the Chao Family Foundation and TFish granted Sahaya International $20,000 to serve the poor families living in rural Vietnam. With the grant, Sahaya was able to build 20 new homes for 20 families living in extreme poverty. These homes have given the families a much better quality of life and also a great sense of hope for their future. With true kindness, compassion, and friendship, TFish has helped Sahaya build over 40 homes within two years. 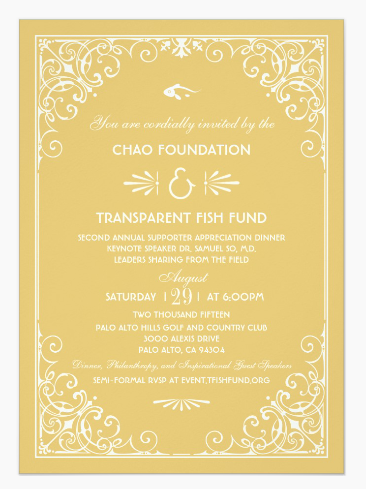